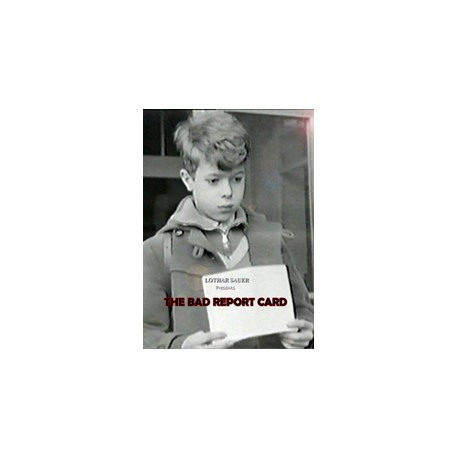 Eight short films make up this sweet bit of nostalgia from Germany in the '50s by the acclaimed still photographer and cinematographer, Lothar Sauer.The first is The Bad Report Card (Das Schlechte Zeugnis) which is the story of an afternoon of two schoolboys who were failed and don't dare go home with their bad report cards.Played by the boys of the lower grades of the Grammar School Mülheim (Ruhr) (26 minutes).

For more than twenty-five years, Award Films International has sought to bring you the best, and often the most controversial, films available world-wide. They have succeeded once more with the exclusive release of the groundbreaking new docu-drama Boy of Baghdad. Using an embedded Iraqi camera crew, AFI has delivered an unprecedented look at life inside post-war Iraq, all from the unique perspective of a precocious twelve-year-old boy.

Doe-eyed and adorable Kheer Allah lives with his mother, father, two brothers and sister. Their "home" has no furniture and no modern appliances, except for an old television and radio sitting precariously atop a stack of used tires. There's no meat on this family's table. Home-baked pita bread is the staple in this beyond-poor household. School is out of the question too. Young Kheer Allah must work every day to help his family survive. This daily struggle forms the heart of this remarkable film. Through the wind-swept and war-ravaged streets of his neighborhood, Kheer Allah parlays his abundant charm into a variety of odd jobs that bring little money, but much satisfaction to his ever-smiling face. Boy of Baghdad is the heartbreaking, and very real, story of a remarkable boy forced to grow up much too quickly, in a dangerous world gone mad with politics and fanaticism. One that has sadly ignored its most vulnerable citizens, its children.

No customer comments for the moment.

30 other products in the same category: